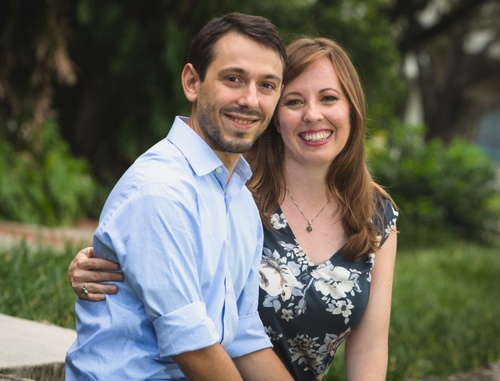 This year we had a low-key 4th of July celebration together. Melissa was recovering from a little cold, so we took it easy at home. There is an Argentine butcher nearby, so Esteban bought some quality meats for an Argentine BBQ (asado). He loves to cook up chorizo sausages, which are eaten as little sandwiches known as choripan. He also cooked some delicious thick ribs and mollejas, which are sweetbreads (thymus!). Melissa had *never* tried organ-meat before meeting Esteban, but the grilled mollejas, served with lemon, taste something like bacon and are now one of her favorites! We love fruit and followed up the bbq with watermelon, cherries, and some fresh mangoes from the yard. Yummy! Melissa also made her mom’s southern blackberry cobbler, which we ate with vanilla ice cream while we watched our neighbor’s fireworks from the backyard. Esteban became a U.S. citizen in 2017, so the 4th of July is a nice time to reflect on that journey and feel thankful!