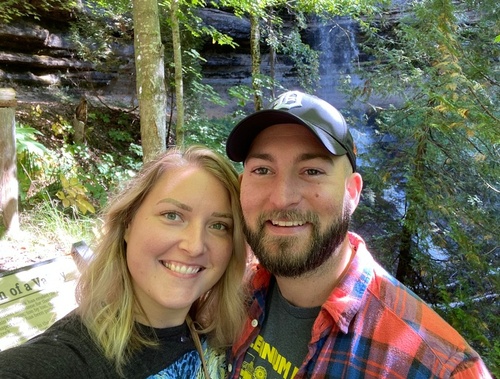 As it seems to be more and more typical of Michigan weather: we had a bunch of snow in November and now hardly any in December. In fact, it is currently raining right now. Nevertheless, we put up our Christmas decorations and have started playing Christmas music around the house. I have also started planning our traditional Polish Christmas Eve dinner. This will be our first year having the dinner without my Grandmother (who passed on the tradition). My goal is to honor her and everything she taught me while preparing the meal. This meal consists of 6 courses – for the 6 days of creation; and 12 dishes – for the 12 disciples. So, it takes a lot of planning ahead! And this year, I have learned I can’t have dairy so now I’m coming up with alternative recipes.

Personally, I enjoy sharing the holidays with food rather than presents. Present seem to make people selfish and food always seems to bring people together. We do still exchange gifts, but we put less emphasis on it.

Another favorite tradition of ours that is a new one is going to a movie on Christmas Day. Yes, we have become THOSE people who partake in the biggest movie day of the year. Luckily, each year we have been at my (Rebecca’s) parent’s house for Christmas, it has been a year when a Star Wars movie has been released. Stars Wars has been a big part of our family since it was first released in the ‘80s. When I was a baby and my parents live in Germany, the Star Wars VHS tapes were the only English television we had. So I literally was raised on Star Wars!