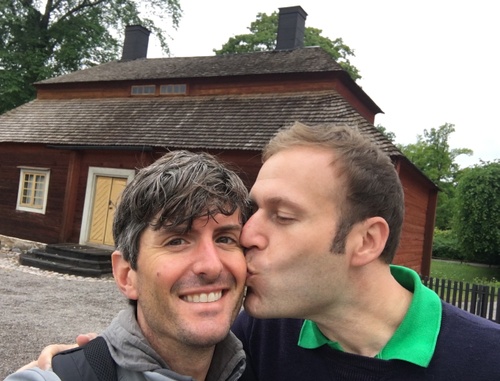 Yesterday was our neighborhood’s block party, which I think was the biggest one yet. We’re lucky to live in a racially diverse neighborhood–and one that I think will remain pretty diverse depite gentrification. Everyone brings a dish to the block party so there was an impressive mix of traditional dishes and classic picnic food like fried chicken and potato salad. Dan made guacamole, which went over very well.

There are a ton of kids on our block (there were probably 25 or 30 kids at the block party, which definitely the most we’ve noticed before. There were also three babies and two pregnant women so we will have even more kids soon. It was neat to watch the older kids watch over the younger kids as parents kept an eye on both. This was the first really hot day of the year so we set up a dinosaur that sprayed water and some of the kids put boxes on their heads to play in the water. It made me smile so much. I cannot wait to bring our own chlld to future block parties and have him or her grow up with such special neighbors.