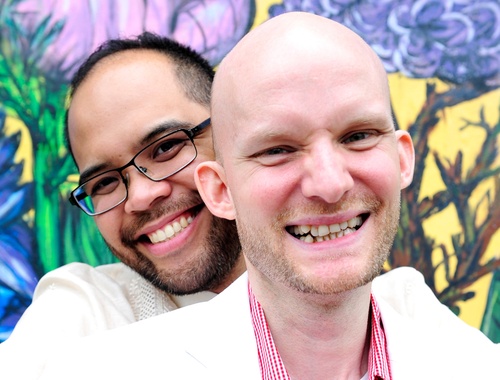 In preparation for Halloween, we hosted a horror film screening at our home this past Saturday. In the morning, we carved out three pumpkins. Our cats, especially our black cat Rusty, were curious and wanted to be involved as much as they could. Then Dom baked banana bread and cooked a Filipino noodle dish, Jim decorated, and the last step is to test our projector and speakers.

Our friends showed up, some in costumes like our neighbors and their children (one dressed up as Superman and the other dressed up as a cupcake)—don’t worry, the kids were long gone when the first movie started getting scary. Someone came as Karate Kid and a few wore masks.

We screened back-to-back horror movies—The Shining, which was based on a Stephen King novel and another was a German horror film.

Everyone had a spooktacular time!