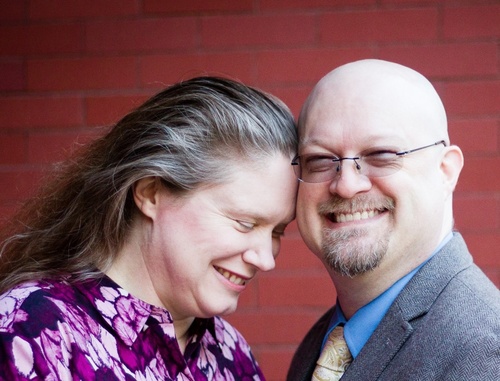 Seventeen years ago, we lay in the large field at Cooper’s Lake, looking up at the Perseid meteor shower. He asked me if I were happy. I was. He said, “You would make me so happy if you would be my wife.” Leaning up on one elbow, he handed me a box and grinned at me. Inside was a ring, a ring I still wear.

Last night we attempted to watch the Perseids again, having heard that it was the peak time to watch what was said to be a fantastic show. Alas, it was a cloudy night. We watched the sun set and saw a band of clear sky in the west. We drove an hour west, chasing that clear sky, hoping to get out of the light pollution of our town. As we drove, it became clear that the open sky had disappeared; we saw no meteor showers. As we turned around, he said, “Even though tonight wasn’t good for sky watching, I’m glad we did this.” We rode back, holding hands in the dark, in comfortable silence, listening to a favorite book.

That’s our marriage. Sometimes it’s shooting stars, and sometimes it’s just being together. “Either way, what bliss.”