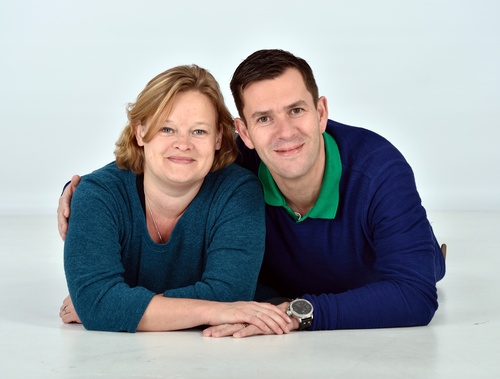 We hope you’re doing well. We would like to give you some insight in the last few weeks. Our nephews Jip and Bent came over for some sleepovers and that was great fun. Usually they come over for a sleepover together, but this time Jip wanted to come alone. And ofcourse: If Jip wants such thing, Bent also needs to do the same 🙂

So 2 weekends in a row we had a guest!

The first weekend Jip came after his soccer-practice. He was quite tired, but still wanted to go to the dinosaur-museum a few miles from here. It’s a museum that has a lot of bones, skeletons and life-sized statues of all kinds of dinosaurs. They have like a museum-part indoors but also a park outside with all the statues were children can run around, play and sometimes even climb the statues. Jip loves dinosaurs, so it was a great trip! And after a trip you need some good food. And since Jip really likes pancakes and Roel is known for his pancake baking skills, we had some lovely pancakes for dinner.

Next weekend Bent came. Bent wanted to play outside, so Evelien went to the playground with Bent, and they spend some time on the swing, the slide and playing soccer as well. Bent also loves pancakes, so he was also ‘spoiled’  with Roel’s pancakes. The next day, we went to the ‘Steenuil’. Thats an indoor and outdoor playground near us. It’s situated on a farm and it it’s fenced. So children can play outside, go inside the stables and pet the cows and sheep. They also have a donkey and a sweet pig called ‘Bertje’ who loves to be tickled behind his ears! Unfrotunately Bent does not like to be photographed, so we do not have many pictures of those activities :-). They also have a ton of children’s bikes at the farm so all the children can use them and bike around. Bent loves to race you, so Evelien had to run while Bent was biking. Bent was winning every time and Evelien was out of breath after a few races 🙂