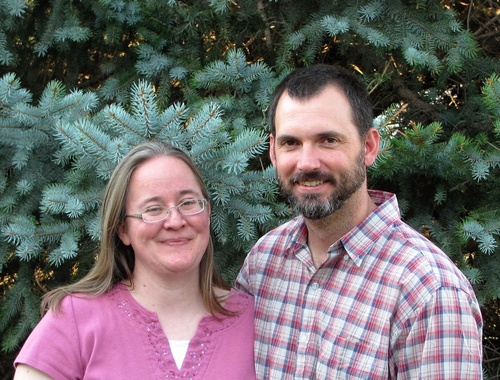 A few weeks ago, we packed up the truck, strapped on a canoe, and drove to a state park a couple of hours away to go camping.

My favorite part of the whole trip was sitting near the fire, and eating s’mores with Joel.  I think we ate s’mores 2 out of 3 evenings, but we were on ‘vacation’.  Desserts don’t count on vacation, right?

There is something about being outside, sitting in the gathering dusk, watching birds fly, and seeing flames jumping around in a campfire.  Then the stars started appearing in the darkening sky.

While we ate s’mores, we looked at the sky.  Joel pointed out satellites (which I saw), and potential shooting stars (which I could not see- they went by too fast).  It’s hard to put the memories & peace of looking at the stars into words.  If you’ve never been out of the city, at night, in a place with very little light- you should try it sometime.  Then look up…

I can’t figure out how to flip pictures on this… so you’ll have to turn your head.

As it is almost impossible to take a picture of a night sky (unless you have the right camera), a daytime picture will have to do…

The moon was still shining one morning when we went out to hike, so at least you get part of what we saw at night.

Canoeing, hiking, camping… for most of four days.  At the end of that ‘vacation’- we were tired, but it was worth the planning, preparation, and clean up to eat s’mores and see the skies.

P.S.  If you have never eaten campfire s’mores, they are the best!  Recipe:  Take a skewer, put 2 large marshmallows on  the end, slowly (and carefully!) toast over a campfire.  Break a graham cracker in half (I use one ‘square’ which is really two rectangles- as ‘one half’)  Put chocolate on the graham cracher (we used dark chocolate, and 1-2 small rectangles is usually plenty for us).  Top with the toasted marshmallow & a matching graham cracker top.

Note:  Sometimes I’ve had to gently scrape the marshmallow off of the skewer with both pieces of graham cracker