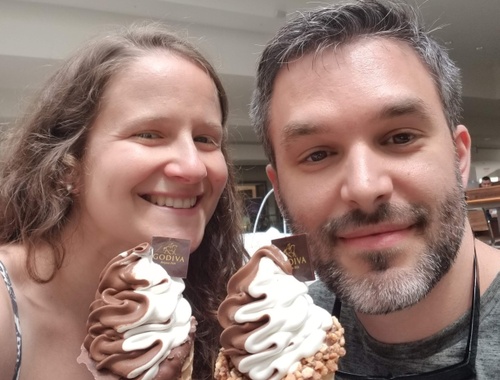 Adam and I have finally completed all of the steps to begin the ‘waiting period’ for our second adoption. Before we left for Florida a couple of weeks ago, we finished up our profile and submitted everything to be compiled together. A couple of days ago, it was finally completed and now we wait.

I remember this period vividly last time because I was anxious the entire time. I wasn’t sure if/when we would get a call and how we would react because it was so new to us. A few weeks later, we received a call about a baby that was born with severe health issues that we knew nothing about. I asked some friends and family members about the health issues, for insight, and they explained to me what it all meant. I remember feeling extremely overwhelmed and sad that we weren’t sure we could handle a baby with such issues, so we had to turn the baby down. I was crushed and thought that I was the worst person ever. How in the world could I turn down a baby who needed a family?! We later found out that the case workers were able to find a family whose biological children had the same health issue and knew exactly how to take care of him. It was a blessing for that baby.

A few weeks later, and still feeling like a horrible person, we got THE call. It was around 9:30pm and an african american baby boy had been born the night before and his birth mom decided, while in labor, that she couldn’t keep him because she was too young and had three other children that she was trying to raise. Her grandmother, who was at the hospital with her, tried to convince her to keep him and live in a shelter with her kids. She knew that he deserved better than that and surrendered him to the hospital. The social worker told us that we could meet him two days later and take him home two days after that. I panicked, told her we would call her back in a few minutes, hung up, and immediately started sobbing. What did we do!?!? We weren’t prepared.  We had nothing for a baby! It was too soon! Not even five minutes later, my brother (who NEVER calls me) called to ask me a question about something else. He could hear the panic in my voice and asked me what was wrong. We told him what was happening and he said, “I don’t understand why you’re questioning it. This is what you want. You’re adopting that baby boy!” I sobbed, hung up, and immediately called the social worker back. This is why Gregory’s middle name is Andrew, after my brother’s middle name.

I remember going into work the next day, walking into one of our classrooms, looking at a few of my coworkers and saying, “You guys! We’re getting a baby!” And immediately collapsing on the floor and crying hysterically while all of my coworkers hugged me and cried with me. It was magical.

We met him the next day, fell in love with him and his dimples immediately, and took him home two days later. Ever since then our lives had been complete…until we started to feel the baby bug creep back into our minds. We began to think about adopting again about three years ago but agreed we should wait until we had a bigger house and Gregory was in kindergarten. Well, we moved into a bigger house two years ago and Gregory starts kindergarten next week. Seems like everything is falling into place.

And now we wait.