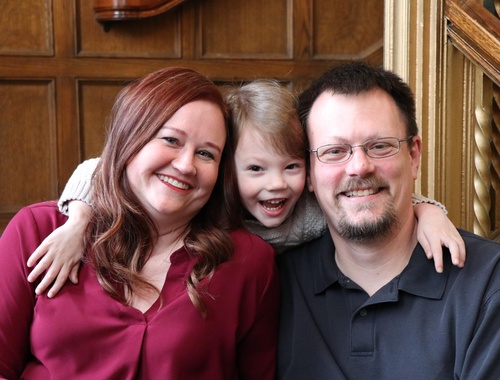 I find it fascinating how the traditions we grow up with as kids become some of the same traditions we have as adults.  Halloween for me as a kid meant Mom made our costumes, decorated the house, and handed out the candy that night.  Dad took us door to door trick-or-treating, with a final stop at my grandparents’ house who lived across the street.  Kevin and I find ourselves doing much the same thing.  I’ve made all of our son’s costumes, except well this year.  He wanted to be a police officer and the bought versions of that costume are much better than what I could ever pull off.  But I stayed home to pass out candy and the boys went house to house, coming home with an impressive collection of candy that even if eaten a piece each night after dinner, will never be gone before next October.  Some traditions are bittersweet.  My family always descended upon my grandparents’ house for Thanksgiving, where the house was so packed with people, standing room only became a joke.  But the grandparents are gone now, and the torch has been passed to different family members over the years.  We’ve welcomed quite a few new family members including my son, and we still make our favorite dishes from back when the “Gs” had Thanksgiving.  Every year it feels like we welcome the new and honor the old.